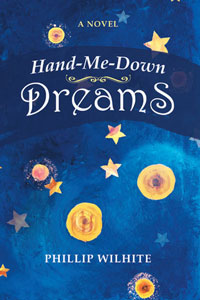 Xavier and Ida Magee, once college sweethearts, appear happily married. They take trips to the Santa Cruz Beach Boardwalk, eat at fancy restaurants, and enjoy the cushy lifestyle of a 1980s major league baseball star. Then, everything goes wrong. Xavier is released from his position as a New York Yankees pitcher and falls into heavy drinking. That’s not all. Xavier finds a love letter penned by Ida to the Reverend Reynaldo Tippins, a prominent and handsome Oakland, California, minister. When the situation gets worse, the couple goes to a marriage counselor, and just as things appear to be looking up, Ida makes a shocking announcement that ruins everything. Despite his pain and confusion, Xavier is now determined to cut back on the booze and make a baseball comeback, while also working to become a writer. Amid Xavier trying to save his adulterous marriage and revive his stalled career, he finds a new lease on life. He must redeem himself, but will he succeed?